Wow, April started with a bang! Three solid days of Miami NFT week in Mana, Wynwood. Sizzling both outside and inside with energy from some very smart and enthusiastic folks in the space. I learned about so many amazing projects that I want to talk about them separately over the coming weeks and I also want to take the time to DYOR (do your/my own research) so that I can bring you more details beyond my learnings from the conference. Here I’ll share with you some of my general take-aways from the event, particularly as I consider the implications for starting my own NFT project.

The question of what makes an NFT project successful was posed to a number of the panelists, and the answers were pretty consistent. First of all, it’s worth mentioning that the success rate is in line with that for other businesses; in other words, most will fail. It was cited that many projects start with a bang, selling tokens initially through the mint, but over time the value of the tokens falls to zero, referred to as a ‘rug pull.’ In contrast, successful projects usually have these characteristics, among which there are a lot of dependencies:

Community and Utility: While these are technically different things, I think they’re related so it’s useful to discuss them together. Feeling connected to others is a basic human need, so it’s not surprising that NFTs that come with a great community experience provide a ‘stickiness’ factor that keeps people enthusiastic about the project and coming back for more. In many cases providing community may be the greatest utility that a project can provide. If you’re thinking of starting a project, community is such an important factor that it’s a good idea to start the community as one of the first things that you do, definitely before minting your NFT. Discord servers are very popular but starting a Telegram group is also an option.

If you consider utility separately and in its purest form, an NFT that you can literally use can also retain its value. For example, say you have a sword that kills dragons in the meta verse, and this is an activity that you really enjoy. You are not going to want to give up this experience, regardless of what the token is worth. If others value this power as you do, the NFT will increase in value anyway, while you were too busy slaying beasts to notice.

Roadmap: For every rule there is an exception, and this is no exception to that rule 😊 There are currently some high profile projects that are being released without a roadmap, or plan, for how the project will develop after the initial minting. These are usually led by folks who have already created successful projects or have otherwise made a name for themselves in the space or beyond. However, for most projects, especially those that are still in the process of developing their street-cred, a roadmap is important. Having a successful minting can seem like a monumental task, but it is only the beginning for an NFT project. A long-term engagement strategy for those who enthusiastically joined your project is key. How will you keep them interested over time? Surprise drops in their wallet? In real life (IRL) events? Partnerships that give them access to cool stuff or causes that they care about? There’s a lot of room for creativity here. You also want to give some consideration over the long term for the next item.

Tokenomics: A new term has been coined (couldn’t resist) that refers to the economics of tokens, where the classic forces of supply and demand are very much at play. As we discussed the importance of starting your community first, you’ll want to think about where in the roadmap your token release(s) fit. It’s almost always a good idea to spread this out over time, i.e. don’t mint all of your tokens on Day 1. It’s much better to be in a position to drop more as demand increases down the line, than to have to consider a ‘floor sweep’ to preserve value (where the project buys its own tokens on the market at the floor price). Thus you’ll want to give some thought to the ‘token velocity’ for your project.

Explicit Terms: Before you mint your first token, it can be important to spell out for folks the ways that they can use the digital art associated with the NFT that they are purchasing. Traditionally, the rights that a purchaser of physical art, such as paintings, has had do not include the right to reproduce the piece, which is retained by the artist. Rather than operating by assumption, it’s better to specify this up front. It’s worth noting that some successful projects, such as Bored Ape Yacht Club, have explicitly given the right to NFT owners not only to reproduce the digital images but also to make money using them, from printing and selling T-shirts to opening character-based restaurants or amusement parks (probably in the meta-verse, but who knows?) This definitely makes the project more attractive to someone who want to purse this, and can contribute substantially to the token’s value.

If we break down what these acronyms stand for, it becomes easier to see that they are quite different: Non-Fungible Token (an ownership record stored on the blockchain) vs. Decentralized Autonomous Organization (a community of people who store the rules or protocol for how they’re going to interact on the blockchain, known as a smart contract). If you want to dive more into DAOs you check out the blog for The Venture City, a VC fund based here in Miami and in Madrid for some helpful articles. As it relates to NFTs, an NFT community and a DAO can exist together or separately, i.e. an NFT community can decide to organize itself into a DAO, but it doesn’t have to. Similarly, a DAO can issue NFTs, but it doesn’t have to. A DAO can decide to issue fungible tokens instead, or bypass tokens altogether (although somewhat unlikely). Some of the more tech-savvy NFT community creators at the conference were discussing their ideas for the interaction of these two, e.g. selling an NFT that comes with DAO community membership as a benefit. These organizations can be built around whatever utility the members desire, including financial benefits (besides the increase in value of the NFT itself). Which leads to the last point.

It’s fun time. Not. Some swashbuckling non-legal advice given haphazardly at the conference was to create your NFT community, get rich, then you’ll have money to deal with attorneys later. Of course, this was not the story from the panel of lawyers at the conference. Although legal advice is usually not super fun, I paid attention to this session because I had been thinking of developing an NFT community with a component being some type of dividends or profit sharing. While I still might like to purse this one day, I decided to forgo this feature for my first project, as I have enough new things to think about.

This reason is basically this. The million dollar question, from a legal standpoint, is whether or not your NFT is a security, because, if so, it is more complicated and requires different treatment from a tax and legal perspective. Of course the answer is ‘It depends,’ but here are some indicators from the attorneys. Does it function like a fungible token or provide passive income? Then it’s a security. Does it involve royalties? Then it tends toward security (Ouch. Every good NFT has this feature, IMO). Does the NFT involve membership in an investment community? Then not only is it a security, but now needs to be registered separately as an investment entity. (Double Ouch) Congratulations, you just became a hedge fund. While I’m not an attorney and none of the above constitutes financial or legal advice 😊 I wanted to share with you these issues that may be on the horizon as more governmental and legal entities get their heads around the space.

Okay, that’s a summary of my biggest general takeaways form the conference, which was fantastic! Stay tuned for more on a fraction of the gazillion projects in the space. 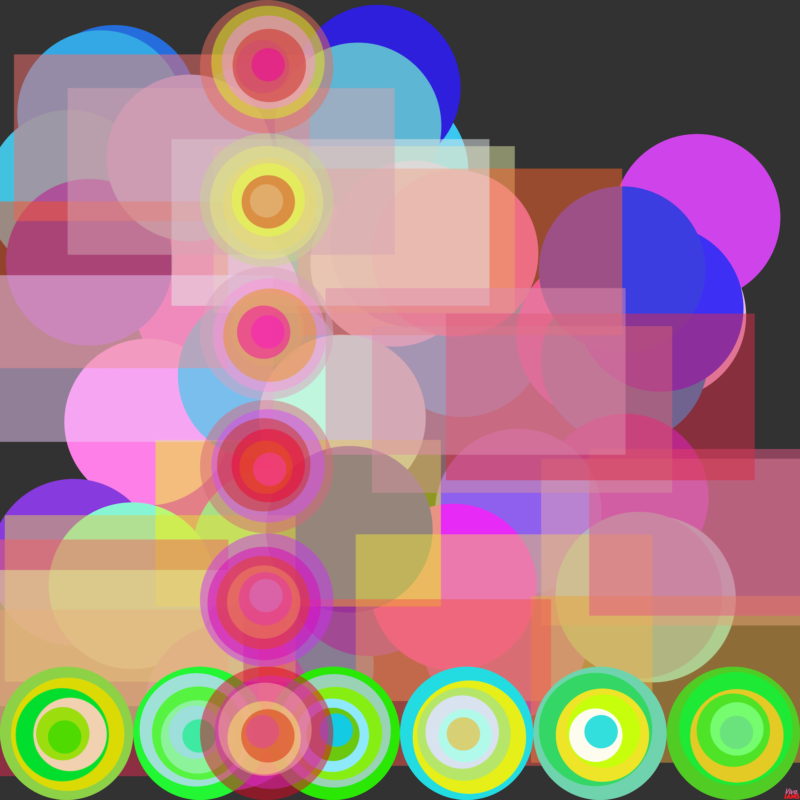 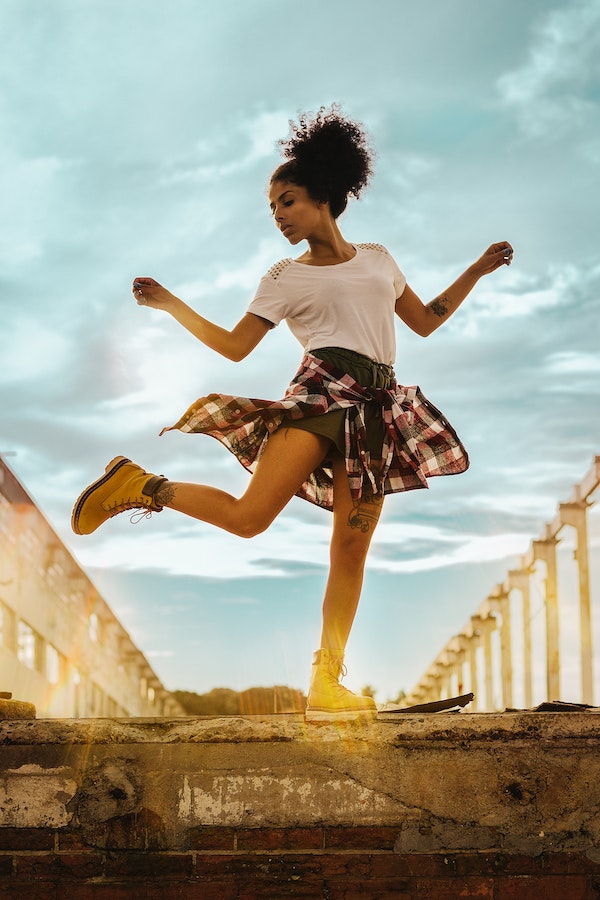 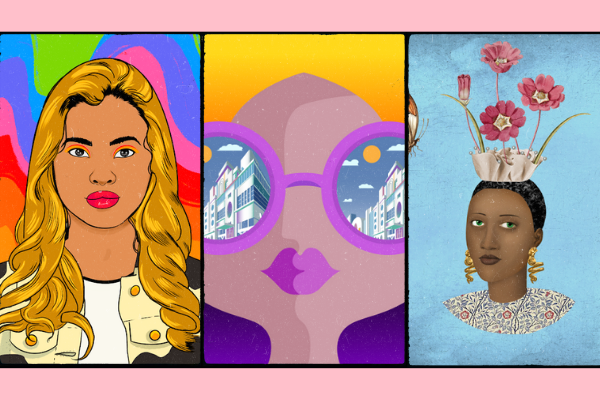 Yeah! I got NFT PFPs. Say What? 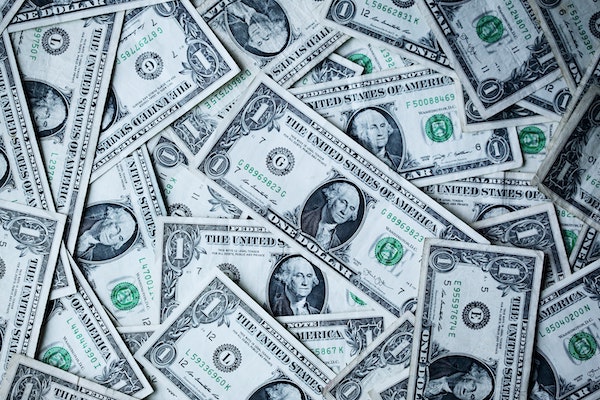