I have mixed feelings about catch phrases and buzz words. On one hand, they can be a quick, succinct way to convey a lot of information economically and get everyone on the same page. On the other hand, because they are so easy to use, if we’re not careful we can begin to toss them around flippantly without too much thought, assuming when we use them we’re all thinking about the same thing. This dichotomy is oh, so… human.

Possibly in no arena is more jargon used than when talking about technology. Instead of taking a tour through techno lingo, though, here I’d like to talk about a specific area that probably won’t surprise you: Web 3. When this term is introduced, it’s usually explained by saying that Web 1 represented the dawn of the internet, and that Web 2 was some form of centralization or harnessing of the power of this arguably most impactful innovation in human history by a relatively small number of individuals, acting in service to their corporate motherships. So far, so good, probably. At least this isn’t where the controversy begins. After this prologue, Web 3 is then characterized as the dawn of the new ‘decentralized’ internet age, where power returns to the people in terms of ownership of their data and content.  It’s also described as the era where individuals can share in the profits of the entities in which they take part, instead of merely providing fodder in exchange for the privilege of being advertised-to by the corporations that need their information in order to generate more profits for their already-stuffed coffers. Again, (mostly) so far, so good.

This issue that arises is around the use of the term ‘decentralized,’ and the implication that no centralized entities are getting rich off of Web 3. While these criticisms have been bubbling for some time, a pretty serious line in the sand was drawn on 10 June when former Twitter CEO Jack Dorsey and his team, TBD, tweeted their document reveal involving what they’ve dubbed Web 5. Don’t ask me what happened to Web 4. I’m still waiting for the iPhone 9, my favorite number. Seriously, though, they’ve called this an ‘extra’ decentralized web platform, made up of Decentralized Web Apps (DAWs), Decentralized Identifiers (DIDs) and Decentralized Web Nodes (DWN). If you have trouble remembering this, you can try:  ‘DAWg, DID you really get a DWN (driving while naked?)’ Wow I must be super punchy right now. We’ll see if that survives the re-read.

Okay, at this point I feel like I should put on my data analyst hat, and start crunching the numbers to answer questions like, ‘what are the most centralized elements of Web 3,’ or ‘what proportion of Web 3 enterprises have received VC funding.’ Or just go anecdotal and throw shade on Andreesen Horowitz and their a16z fund valued at over 7 billion USD. But you know what? I’m really not interested in doing that. Because …

News Flash #1: It’s Mo’ than Just Money.  A good Venture Capital fund doesn’t just give out checks. They also provide guidance and advice that novice founders often need. In the end it may be hard to separate these factors of success. Note that, while we can all change our minds, Jack Dorsey worked with VC funding during his tenure as Twitter CEO. It would be interesting to hear why he now feels this is a negative force in Web 3. Also more interesting perhaps to hear his thoughts on how switching to a new platform would preclude VC involvement behind the scenes, regardless of the technology.

News Flash #2: The Rich Get Richer. Also, corollary: if you want to make it, you’ve got to work your butt off, against the odds. I’m not saying that we shouldn’t fight against injustice and inequality, we absolutely should. But there’s a difference between discrimination and just having to work against fierce competition with the deck stacked against you. I’d rather get my juices flowing by learning from inspiring individuals who have done just that than focus on some of the unfairness of life that has existed since the dawn of time. But that’s just me.

News Flash #3: Centralization is not always the enemy. When I hear this kind of sentiment, my mind goes to the middle ages in Europe. Not that I witnessed it first-hand. I’m sure I can’t appreciate what a fiefdom was like, but it seems to represent a difficult, inefficient way of life. I’ve never heard anyone say that they advocate a return to feudalism, even people who dress up like it on the weekends. Central grids for electricity, that run the internet, both of which run large servers, form the essential foundation to the future that we are building. Our centralization into an organized division of labor allows certain member of society to code most of the day instead of having to spend a significant portion of their time growing their own food. This gets philosophical pretty quickly but I think it’s a good reminder of some of the benefits we’ve attained by organizing centrally, and not to take the life we have for granted. It wasn’t always so.

You know what else? While I’m really glad that there are people who are thinking about the exact form of the future decentralized web, debating what platforms are best moving forward, etc., I’m really hoping that the overarching, guiding principle for these folks is consensus. I have no doubt that eventually the different pieces will be able to talk to each other, fairly seamlessly, similar to how we experience our version of the web today. But the sooner we get there, the sooner we can focus on what really matters. In the end, the technology should be the enabler that makes a better life experience possible.

Because despite its growing pains, this (return to a) less-centralized version of the internet has brought with it some amazing revelations. We’re beginning to see alternatives to the centralized parts of our society that we should mobilize against.  IMO an example is the social platforms to which we trade our most basic commodity, data about ourselves, what we like and who we love, in return for the privilege of being manipulated and aggravated so that we’ll stay on the platform for more time so that we can be subject to advertising for a longer period. It’s amazing, really, when you think about. Also completely understandable because what we do get in return is at least a semblance of something we so totally need: human connection that has oftentimes been lost in our modern world. Another key example where decentralization holds some hope of improvement is a rework of our #rekt financial system. Going down that rabbit hole would require another few hundred (thousand) words so let’s park that for now.

But hey, don’t despair, what cool alternatives there are! You know, technically, I don’t think the functionality of NFT communities needed blockchain to exist. I mean, someone could just keep track of who owns what on a spreadsheet 😅 The reason I say that is because I think the drivers of this revolution in how people are interacting in these communities have components that are bigger and independent of what’s happening in technology. Luckily, however, instead of a spreadsheet, blockchain provides a public, distributed ledger where we can record who owns which bored ape or crypto kitty or flower girl. The art makes a statement or is shocking or is adorable or beautiful but what’s important is that people are gathering together, interacting, without being advertised at, and having fun. Or doing good. Or disagreeing. All while being invested as owners in the enterprise.

It’s a great model with loads more applications. On the non-fungible side, blockchain allows histories and transactions of peoples and communities to be recorded immutably in perpetuity.

On the fungible side, tokens provide the ability for emigrants to make remittances back home for a fraction of the transaction fees of fiat currencies. Or for communities to create their own internal economies, irrespective of the nationalities of their members, the currencies of which can be traded back for fiat when needed.

I want to close by thanking those who are wrestling with the devil, essentially, because we know he lives in the details. I will join you there whenever I can. I just don’t want to forget why we’re building. Not because the future is perfect. But because it’s beautiful, and it’s better than yesterday.  That’s Less Centraland. That’s Web 3. 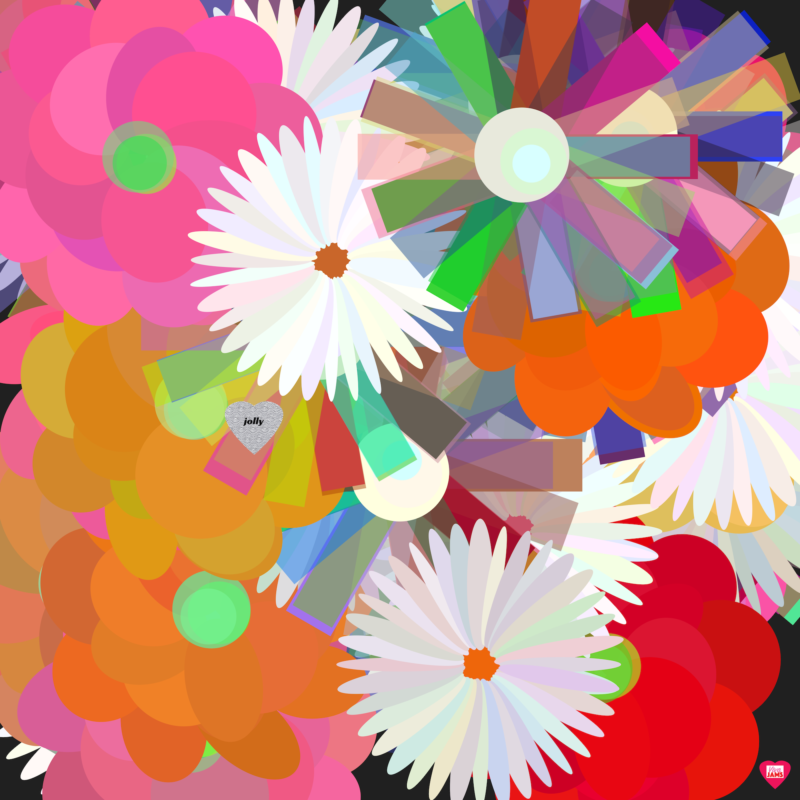 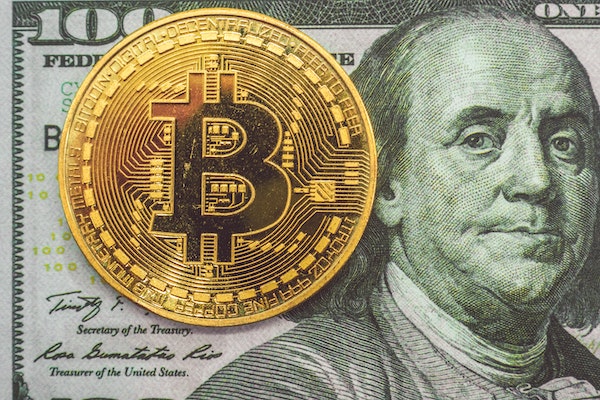 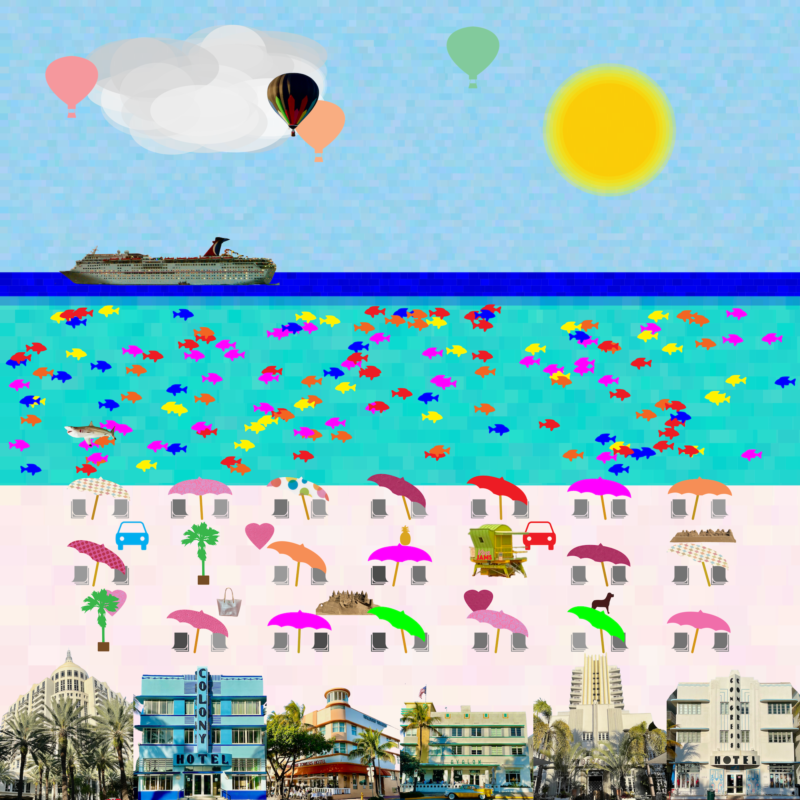 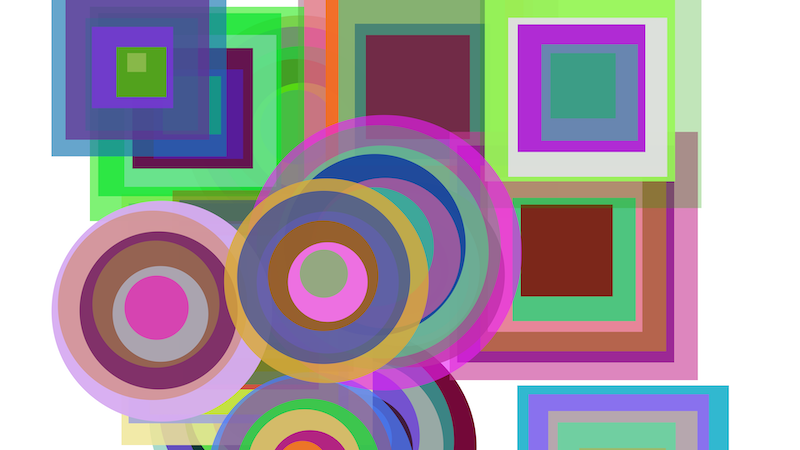 Take a Walk on the Random Side